It’s never too late to leave a boring industry 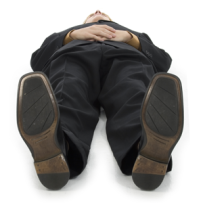 I am in unique but difficult situation in terms of a career. I have worked extremely hard getting educated and obtaining credentials, but have never found happiness in my career choices mostly because I have been “steered” in this direction by various people. For years, probably since the beginning of my undergraduate degree, I have expressed my dissatisfaction with my choice of field and have always expressed a desire to go into medicine. But for one reason or another I have been “dissuaded” from becoming a medical doctor.

I have an undergraduate degree in electrical engineering and had the fourth-highest average out of a graduating class of 92 students. Extremely unhappy with my choice of field, instead of switching at this point, I did a masters in computer engineering because I had a full scholarship to do so. After working a couple of years in microchip design, I wanted to go into medicine, but was persuaded to do an MBA. So I did. Following my MBA, I had various roles in finance, including equity research and investment analysis.

During this time, I was persuaded to get my CFA, so I got that too. I found the work mind-numbingly boring and was not the lifestyle I wanted. Unable to find work during the 2008 financial crisis I decided to back to school, but again, not in medicine as I had wanted, but a PhD in mechanical engineering because I was persuaded to do so since I would be fully funded and be getting paid as a graduate student, and I have a P.Eng. too (professional engineer designation).

So now, two years into the program (and doing quite well considering the amount of time that I’ve been removed from engineering), I find myself still unhappy and dreaming about going into medicine. But at this point, to become a doctor would require probably an additional 8-9 years of school, which would easily put me in my mid 40s when I finish.

Am I looking for too much out of work? Am I simply seeking the “safety” of school? Is it too late for my dream of becoming a doctor?

No, it’s not too late! It is never too late to live your dream. All you have to do is tune into the show The X Factor and check out the over-30 category to see people in their 30s, 40s, and even at the ripe old age of 59 still trying to live their dreams. I don’t care what you think about the show, what’s inspiring is seeing people still going for it no matter what age they are. Clearly they have heard the quote by Dr. Wayne Dyer: “Don’t die with your music still in you.”

I am guessing you are in your mid-30s. Assuming you work until the age of 65, you have another 30 years of work ahead of you. That is not a short amount of time. That is approximately the same amount of time you have been on this Earth. All you have to do is imagine that you will be doing the same mind-numbing work you are currently doing for another 30 years to know that change is not only an option, but absolutely critical.

I changed careers at the age of 34. I had been in advertising for 11 years, but knew it was not what I was meant to be doing from the start. But like you, various things kept me in the game – promotions, raises, cool accounts to work on, new agencies, other people who told me I was good at it, but in my heart I was dead. I knew I had to do something else. And coaching was my ticket out.

No, it did not take me eight years of schooling to get started, but don’t let schooling be the barrier at this point, as clearly it comes easy to you. But before you enroll in another academic program, make certain that becoming a doctor really is your dream. Talk to as many people as possible to learn what it is really like to do the job. Whether it’s your own doctor, or friends in the medical profession, or professors at a medical school, go and make sure that this dream is still real. Track your energy, passion and interest as you explore the field. Does it make your pulse beat with excitement or does it lull you to sleep? Ensure that your interest is piqued before you start.

You will also want to limit who you talk to about your plans. Clearly you are easily swayed by the opinions of others. Keep your thoughts and plans to yourself until you have made your next move. If you are going to bring people into your confidence, ensure they are the people who fully support you. If in doubt, keep your mouth shut. I had to do this as I was moving into coaching. Many people, including some close friends and key family members, did not support it. If I had listened to them, I would not have made the change and would likely still be doing work that bored me. So choose your confidants carefully.

I say go for it. After all, as Mae West said, “You only live once, but if you do it right, once is all you need.”

Katie Bennett is a coach and speaker living in Vancouver, and is head of Double Black Diamond Coaching .