Four steps to getting your dysfunctional team back on track 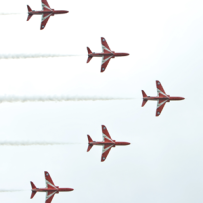 It drives me crazy that people on my team seem to have their eye on completely different goals. We do not seem to be dancing to the beat of the same drum, or heading in the same direction at all. Our team seems totally dysfunctional as a result. What can I do to fix this?

Here, in our fifth instalment, we examine teams that are dysfunctional because of their “inattention to results.”

The ultimate measure of a great team is results. That is the bottom line. Keeping everyone’s attention on the same goal is critical to the success of a team.

Take my son’s Little League Majors All-Star baseball team. At the start of the summer, they were in a two-week-long tournament with seven teams for the division championship, with the top four advancing to the play-offs. Their goal was simple – make the top four. Traditionally our league is not one of the best, so to aim for the top four was a good challenge. Bottom line – they met their goal, and despite losing in the semi’s, they were left feeling proud because they accomplished what they set out to do.

In sports, it can be quite simple to set a clear and tangible goal, and have everyone on the same page, and really know when you’ve achieve your goal or not. So why do we find this so hard to do in business? Here’s what you can do to ensure that your team is just as focused:

Get clarity and be choosy

First, make sure everyone is crystal clear on what the goal is. No ambiguity allowed. Clarity, clarity, clarity. And focus on one or two goals only. The temptation can be to pick multiple goals, and focus on all of them. Bad choice. Narrow it down to one or two. When they are accomplished, pick the next one or two.

Next, make the goals public. Share them with everyone. Make them visible – put them up on the wall where everyone can see them and remember what they are focused on.

Prioritize the results of the team, over individual or department goals. Imagine an MLB first baseman who, after losing the game, says to his coach, “Well, at least I had a couple of good hits, and a great out in the 3rd inning. So I’m good.” The coach would be livid. Just because you played a good game, if your team loses, it loses. If the marketing group delivers their materials, but the sales can’t deliver the sales, the team loses.

Make sure everyone is focused on the same shared, not individual/“my department only” goals. This will ensure team members don’t compete with each other, but instead, collaborate.

Bottom line, is it takes paying attention to the five key dysfunctions that can derail a team. Strive to build deep trust, engage in vigorous and open debate, seek clarity to reach commitment, get your team holding each other accountable and get everyone focused on the same results and you’ll go a long way to building a powerful and successful team.

Katie Bennett is a coach and speaker and head of Double Black Diamond Coaching in Vancouver. She uses The Five Dysfunctions of a Team often with the corporate teams she works with.