Does your team fear conflict? 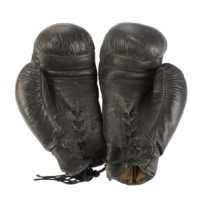 I’m working on a tough project with the team I lead. Everyone seems to agree with what I propose during our weekly meetings but the other day I heard a few team members in the staff room criticizing everything I’d suggested during our meeting only an hour earlier, though they didn’t say anything at the time. I have repeatedly told everyone I’m open to any and all suggestions, that I lead the team but that only a team effort will make our project work. How can I get us all to be open and to trust each other? I don’t think we’ll be successful if this is the way we’re working.

Last week I started to look at this big issue that I see at all levels of corporate culture, specifically looking at the issue of the “absence of trust” as articulated in Patrick Lencioni’s book The Five Dysfunctions of a Team. Through the use of a “leadership fable,” the author uses an imaginary leadership team of a high-tech company, to expose what can make teams highly dysfunctional. He goes on to present ideas on how to move from a dysfunctional team to a highly functional team, by working through the following Five Dysfunctions:

So, what about teams that are dysfunctional because of a fear of conflict? Teams with a fear of conflict don’t have a means to get into the important and sometimes tricky subjects that come up in the workplace. I love Mr. Lencioni’s term that he uses to indicate a team has this dysfunction – artificial harmony. Does your team have a case of artificial harmony? Does your team keep their mouths shut in meetings, nodding their heads and implying agreement, only to have countless back-room conversations voicing disagreement. Are people afraid to speak up? Say what they are thinking? Disagree? Are the most important issues at the top of the agenda? Are your meetings boring? You may be part of a dysfunctional team that has a fear of conflict.

In contrast, teams that are highly functional know how to enter into vigorous debate, without taking things personally. They know how to challenge one another, speak their mind, be heard, and disagree with one another. They walk away from these heated conversations without feeling beaten up, but rather feeling charged and excited, passionate and engaged, knowing that the real issues are on the table and being addressed.

So how do you create this in your workplace? It begins with the leader. It is the leader’s role to ensure that they create an environment where debate is welcomed, encouraged and expected. To do this, you must be prepared to do four things:

2. Ask people what they think, then shut up and listen. As the leader, you can share your opinion too, but you must provide an environment where others get to share their opinion and be heard. If nobody gets a chance to speak and be heard, all you will get is artificial harmony, which is incredibly destructive.

4. Make sure things don’t get personal … and don’t take things personally. When people are personally attacked, it’s a no-win situation. Make sure the issues you are discussing are team issues, not individual issues. If you have individual issues to address, do that in private. But it’s also important to remind team members not to take things too personally. Disagreement does not mean “I am attacking you,” it just means I don’t agree. This is an important distinction for teams to learn.

Next week we will look at the third dysfunction – lack of commitment. And just a heads up: without a great level of trust and an environment of open and honest debate, you will not get commitment from your team members, so good luck getting anything accomplished.

Katie Bennett is a coach and speaker and head of Double Black Diamond Coaching in Vancouver.