Double Black Diamond Coaching > Mentor Minute > Leadership > Do you rub your staff’s noses in their mistakes?

Do you rub your staff’s noses in their mistakes? 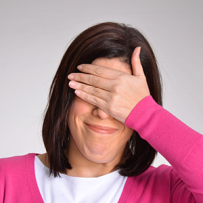 I was reading the sports section of The Globe and Mail a few weeks back, and a paragraph struck me in the depth of its leadership insight.

The article was about up-and-coming junior hockey star, 17-year-old Connor McDavid. Apparently, he is the next big thing to hit Canadian hockey. Anyway, the story was about McDavid getting in one of his first real fights, and slamming his fist full force into the glass when his opponent moved away from the hit. Apparently, he will be out for a while with a broken hand.

But this story is not about McDavid, it’s about his coach’s response to a question from a reporter: “Asked if he would have a word with his player when he returns, coach Knoblauch smiled wryly and said: “He knows how disappointing it can be [to get injured in a fight]. I don’t think anyone will have to say anything to him.”

I don’t think anyone will have to say anything to him.

In other words, the consequences of his actions are already big enough. Nobody needs to rub his nose in it.

What great leadership words to live by. Leaders, and team members, need to know the right mix of positive and negative feedback to provide.

A Harvard Business Review article written in March, 2013, entitled The Ideal Praise to Criticism Ratio by Jack Zenger and Joseph Folkman, who head up Zenger/Folkman, a leadership development consultancy, concluded that to improve a team’s effectiveness, (as measured by financial performance, customer satisfaction and 360 feedback by team members), the ideal ratio of positive to negative feedback is 5.6 to 1. For every one time I correct you, I need to tell you almost six times what a “great job you’re doing,” or “what a good idea” that is. Otherwise the person – or team’s – effectiveness suffers.

“But even the most well-intentioned criticism can rupture relationships and undermine self-confidence and initiative. It can change behaviour, certainly, but it doesn’t cause people to put forth their best effort. Only positive feedback can motivate people to continue doing what they’re doing well, and do it with more vigor, determination, and creativity,” they write in the column.

This is not suggesting we gloss over the constructive criticism needed. We all need to hear when something is not working, or we are off track, or missing deadlines, or not achieving our goals. But it must be balanced with a greater emphasis on the positive, to keep people inspired and motivated.

So, how are you doing as a leader? Are you emphasizing the positive more than the negative, or vice versa. Do you know?

For the first two weeks of January, keep a running tally of positive compared with negative feedback to evaluate your own behaviour. Or ask someone to do it for you. Be sure to notice what biases you hold, and see if you are better with some individuals than you are with others.

You can also do this with your team – the next time you go into a meeting, simply keep a running tally of how the team talks to one another. Is the team positive and supportive of each other, motivating each other to have more creativity and determination, or through too much negative feedback are they in fact undermining each other’s confidence and eroding drive?

Ultimately, set a goal of altering how you give feedback to strive to achieve greater productivity by achieving the ideal 5.6 to 1 ratio.

Katie Bennett (@dbdcoaching) is an executive leadership and team coach in Vancouver, and is president of Double Black Diamond Coaching.

I was referred to Katie Bennett by a friend and business leader. He told me that Katie was a great resource, counsel and sounding board. I report to a Board of Director’s and I was looking for a neutral voice that I could share ideas and strategies with. Katie Bennett was exactly that. After working with Katie and achieving great results, I wanted my whole team to work with her."
Ed McLaughlin, CEO, Hollyburn Country Club