40 and Fabulous or 40 and floundering? 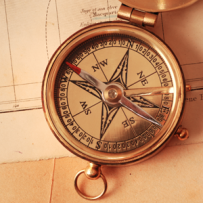 Lately I have started to think that a better title than “coach” for the work that I do would be “career interventionist”. It seems that my clients who hover around 40 +/- a half decade, have reached a critical point. Nobody likes what he or she is doing anymore or even if they still like it, they don’t want to keep doing it. Or if they do want to keep doing it, they want to work for themselves. They are done. Fully baked. And in some cases, completely fried.

I’m noticing all these clients who have 15 to 25 years under their belt doing the same thing, a profession in which they are now highly skilled and sought after, but are simply ready for something more.

What’s going on? Why are so many people struggling and unfulfilled?

One client said it best: “I woke up on my 48th birthday and knew I didn’t want to wake up on my 49th birthday still feeling this way”. She had had enough, and made some significant changes that year with her whole life. Now that she’s 49, she is looking at her career and bravely asking the question “What’s next?” (And trust me, it doesn’t look anything like what she’s doing now!)

Another client just last week admitted that despite 14 years in his profession, with a very senior role and earning pant-loads of money, it is not doing it for him. He’s bored. Unfulfilled. He wants more. He even admitted that he doesn’t really like his business. Ouch.

Then I had lunch with a colleague who basically said that it has taken two bad job roles in a row, for her finally to admit it is time to listen to the sledgehammer-size whack on the side of her head and acknowledge that she can’t go on compromising with sub-par jobs in sub-par industries.

But despite all this newfound self-awareness, it can be really hard to do anything about it. Why? Because they are stuck. And what has them stuck often sounds likes comments like “I’m 46, I can’t do something else.” “Where else can I make any decent money?” “It’s too late to start something new”, “This is all I know”. Or, “I’m scared to take this leap…”

By my calculations, I’m about half way through my working life. I can see myself working for about another 20 years in some capacity or another because I feel like there is so much work that I still want to do. So, let’s assume that you, like me, are also about half way through your working life. What if you could throw all the cards up into the air and start over with a new deck for this second half, what would you do next? Where would you put your energy? Who would you work with? (Who wouldn’t you work with?)

Imagine the impact on the world if you, and everyone else, got really brave, threw in the towel on your current job or career if it leaves you unfulfilled, and took the leap into something better.

As Doctor Suess so aptly put it in his book Oh the places you’ll go! ”…Your mountain is waiting. So…get on your way!”